The Rutherford House is significant for its design value as a 19th-century farmhouse and its historical value as the farmstead of a pioneer family in Osgoode.

The Rutherford House is an L-shaped one and one half storey house built circa 1855 of limestone quarried on the site. The gable roof, large windows, and heavy stone sills and lintels are typical of vernacular farm buildings of this period.

The Rutherford House has historical value for its association with the Rutherford family of Osgoode Township. The Rutherfords were an early pioneer family who emigrated from Scotland in 1839 and owned this property for three generations. This house is the second house on the property, replacing an earlier log house. The house also has historical value as the childhood home of Alexander Cameron Rutherford, the first premier of Alberta. Rutherford was born in this house and lived and worked in the Osgoode area until the 1890s when he moved west to the Northwest Territories. When Alberta became a province in 1905, Rutherford became the first premier. Rutherford was also instrumental in the creation of the University of Alberta and served as the Chancellor for over 30 years. Rutherford maintained a connection with his home in Osgoode throughout his career, frequently returning to visit his family.

The elements of the Rutherford House that embody its heritage value as an example of a mid19th century farmhouse owned by a leading pioneer family include its:

The Rutherford House, 4515 9th Line Road, is a one and one half storey stone house built in phases beginning in 1857. The original house was an L-shaped building with a gable roof and an L-shaped porch at the front. The building was constructed from limestone quarried from the Rutherford property. Historic photos show that the roof of the original portion could have been cedar shingles; it has since been replaced with a standing seam metal roof. The building has projecting returned eaves and moulded soffits.

The window openings are large and rectangular with stone sills and lintels. In 1886, a one and one half storey gable-roofed addition was added to the rear of the building. The addition is also built from locally quarried dressed limestone cut in irregular shapes and laid in courses. There is a single gable on the south façade with a pointed arch window opening. There is also a long covered porch on the south façade with an original tin roof with a stamped maple leaf motif. The tin shingles from the main roof of the addition have been removed.

The descendants of James and Elizabeth went on to become local farmers, business people, and lawyers. The family was a prominent farming family in Osgoode Township, and James Rutherford was involved in the community as a trustee and chairman of the school board. The Rutherfords were also a religious family, as strong members of the Osgoode Baptist Church and sent at least one of their children away to Toronto’s Woodstock College, a Baptist boarding school. James and Elizabeth Rutherford and, as a number of their descendants, are buried at the Ormond Cemetery in Osgoode.

In the second half of the 20th century, the house was leased to the provincial government for heritage preservation. It then opened its doors as a historic landmark for visitors to the city. Today it continues to welcome visitors and has become an integral part of the city’s cultural heritage. It still attracts visitors on an equal footing with many annual and high-profile festivals and events, given that the guests were well-known personalities, organizations and companies: 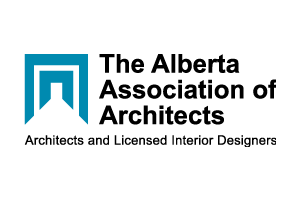 And it’s no surprise that the Rutherford House is well known today. All thanks to the involvement of some charities that promote the place. It is an opportunity to introduce the public to all areas of life in the province of Alberta.

The most notable child of James and Elizabeth Rutherford was Alexander Cameron Rutherford, the first premier of Alberta and the founder of the University of Alberta.

The Rutherford House is located in Ormond, in former Osgoode Township and on the border with Winchester County. Osgoode Township was acquired by the British in the 1780s, but it was not until 1827 that the first settlers, the McDonnell and York families, arrived. Early settlers came to the area for its good farmland and large forests. Many of the early settlers were from Ireland and the Scottish Highlands. Further settlement in the township followed the construction of the Rideau Canal and the railway through Osgoode. The Rutherford Family was one of the pioneer families in Osgoode Township, arriving in 1855.